“I faced all kinds of torture when I was in prison”

In 2003, war broke out in the Darfur region of Sudan. Rebel groups accused the government of Sudan of oppressing Darfur’s non-Arab population. In response, the government carried out a campaign of ethnic cleansing, which resulted in the deaths of hundreds of thousands of civilians. Years of violence ensued and even when a ceasefire was agreed, the situation was delicate and could change at any moment.

So when Amina was asked if she would help smuggle medical supplies into Darfur she knew it would be risky. But her people needed her. Years of war and conflict had left them in dire straits. Without access to medicines and equipment, they would suffer even more.

Amina is from the Barti tribe in Darfur. Due to the conflict and associated hatred and distrust of people from Darfur by those in Sudan, she kept her ethnicity a secret. At the time, she was working in public relations for a successful company in Khartoum and lived with her family.

“My life was stable and enlightened. I had a good job that made me very satisfied, organsing and attending promotional events, such as press conferences, open days, exhibitions and tours. I met many different people from different backgrounds, I had a good salary, holidays and medical insurance, and a nice house that I shared with my parents-in-law, husband and our three children.”

One day, Amina was working at an event that was attended by specialist doctors, one of whom who knew who she was and where she was from. They had a conversation about the medical situation in Darfur and the dire need for supplies. Amina was persuaded to help transport boxes of medicine over the border.

“They provided me with a monthly box full of supplies such as eye drops, painkillers, cotton wool, vitamins and drips. I used to transfer these items with a trusted friend secretly to Darfur. One day I called him to come and pick up the boxes but the government’s security forces had realised what we were doing and arrested me. They don’t want people to survive in Darfur.”

For the crime of providing medical supplies to sick and injured people, Amina was arrested, imprisoned and tortured. After 23 days, she was released on the condition that she report to the police and provide them with the names of her friends and colleagues who were also working for the Darfur cause. In addition, she was made to sign a blank document, which she feared would be used against her.

“That was the worst and toughest part of my life. I faced all kinds of torture while in prison. It was a very hard time as I am not a bad person. I didn’t harm anyone,” she says.

The threat of torture and death continued to follow Amina and her family after she had left prison. She was at her wits end and didn’t know what to do to stay safe. In the end, the only option she had was to leave the country.

“I hid in my uncle’s house while arrangements were made and had to sell everything I owned to get the money together to travel. My uncle found a smuggler to help me and my children but it was a very long and scary journey. I had to follow the man. I was shaking with fear. Whenever I asked where we were going he said ‘don’t ask, just follow’.”

The smuggler had their passports and their money so there was little Amina could do but follow his instructions.

“At one point he said he was going to the toilet. We waited for three hours but he never came back. My children were hungry and I had no phone, no money, no passports. I didn’t know what to do. I lay on a chair at the airport and started to cry, trying to hide my face from my children as I didn’t want to worry them. Then the police came and it was then that I learnt I was in the UK.”

With the help of a translator, Amina was able to tell her story and apply for asylum. She now lives in Glasgow and has refugee status.

But life as a refugee in the UK is not easy. Amina was very sad and lonely, and traumatised by her experiences. It has also been difficult to find work and this coupled with accommodation costs means she and her family have been living on the bread line.

This is when Prisoners of Conscience was able to help. We stepped in with a grant to pay for basic living costs, such as heating, telephone and clothes and shoes for her children.

Amina says: “Thank you for everything you have done. You have helped me so much. It has made a big difference to my life and that of my children.” 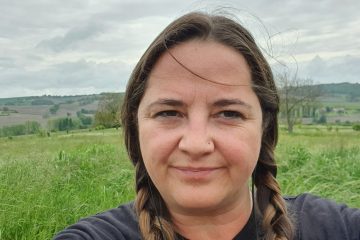 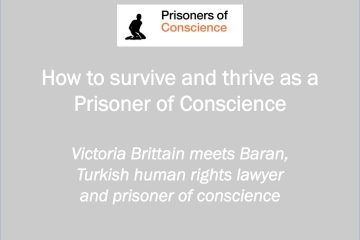 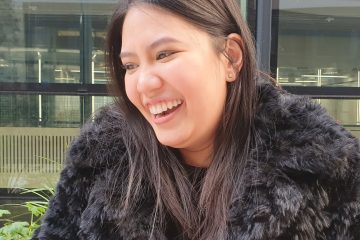