Show your solidarity with persecuted Christians this Easter

Zainab* was just 13 when she was abducted from her home in Pakistan. Desperate to find her, her family reported her disappearance to the police. After some time, the family, which is Christian, heard that Zainab had converted to Islam and married a Muslim man. The family believe this was against her will but have been unable to prove this and so have received little help from the police.

Unfortunately, this type of persecution of Christians where young women and girls are kidnapped or forcibly converted to a different faith, is common. As too is sexual and physical violence, and social isolation.

In some countries, persecution occurs because of authoritarian governments who seek to control all religious thought and expression. In others, it is due to suspicion of anything outside of the majority faith.

Currently there are over 260 million Christians living in places where they experience high levels of persecution, according to the 2020 World Watch report. The same report states that 2,983 Christians were killed for their faith while 3,711 believers were detained without trial, arrested, sentenced or imprisoned.

Coronavirus is creating added complications – particularly for those Christians who have been imprisoned for practising their faith. For example, in Iran, some 85,000 prisoners have been released as a means of stemming the Coronavirus infection rate – many of which were political prisoners, but few were Iranian Christians who had been imprisoned because of their faith.

Zainab’s family are still fighting for the safe return of their daughter, but the legal fees are expensive. Prisoners of Conscience has provided a grant to the family to help cover the costs and provide some basic living essentials.

This Easter, Prisoners of Conscience is calling on worshippers around the world to show their solidarity with other Christians who have been persecuted because of their faith.

Prisoners of Conscience provide financial and practical support to people who have been persecuted for their conscientiously held beliefs, including Christians who experience religious persecution. We fund access to safe houses for people who have been threatened and attacked, cover the cost of legal fees and living expenses, and helps reunite families who have been separated.

Another family we have helped recently is Lydia’s. She is a Pentecostal Christian from Eritrea. Being a Pentecostal Christian in Eritrea is illegal and frequently leads to enforced disappearances, torture, indefinite detention and extrajudicial killings. In fear for her life but determined to continue practising her faith, Lydia fled to Ethiopia and then Sudan.

However, the persecution and danger didn’t end and she was forced to make the terrifying journey to the UK in search of refuge, leaving her husband and son behind. We provided the funding needed to enable her to be reunited with her family.

We know from the feedback we receive from the people we help that the impact of this support goes beyond the tangible. They also tell us how much it means to them to know that other people care about them.

That’s why, this Easter, we are asking that people show their solidarity with their fellow worshippers by participating in our Lake of Lights campaign.

The Lake of Lights campaign asks people to light a candle on the (digital) lake, make a donation and then send a message of support to persecuted Christians via the e-card. All the funds raised will be used to support persecuted Christians and the messages sent via the campaign will be shared with the charity’s beneficiaries, showing them that there are people around the world who care about them.

“While we are currently forced to stay indoors on a temporary basis to protect our health during the Coronavirus crisis, for many Christians keeping out of sight can be a matter of life and death all year round. Freedom of religion like all freedoms of thought and expression is something that everyone should be entitled to”, says Gary Allison, chief executive of Prisoners of Conscience.

“This Easter, we want to send the message to persecuted Christians that we and their fellow Christians are here for them. Please show your support by making a donation and leaving a message on our Lake of Lights.” 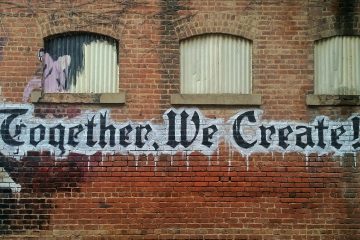 An interview with chief executive of PoC, Gary Allison

Gary Allison was interviewed by Ruth O’Reilly Smith, on her UCB 2 show ‘This is your Story.’ Gary talked about PoC, shared stories of great fortitude and determination by our beneficiaries, revealed how growing up Read more…