Hyab is a professionally trained psycho-social caseworker from Eritrea with a long list of impressive accomplishments. His problems with the regime started when he began working in the Ministry of Education, where he was forced to work in an open-ended national service imposed by the ruling party. There, he was required to engage in the government’s illusive political propaganda against his will. Hyab, however, wasn’t willing to compromise and suppress his beliefs. Instead, he criticised the government’s policy towards minority groups and his critical views were interpreted as an opposition to government policy.

For that he experienced excessive punishment in Sawa military camp and detention. He was consequently denied the opportunity to take up a Masters degree, lost his job, and was sent to a remote school with little pay. When he was about to be detained a second time he escaped.

Hyab fled to Sudan but problems and insecurity followed him there. He managed to get a job as a teacher, but he was still being pursued by authorities from his home country and Sudanese police. He was abducted by traffickers and, after suffering ill-treatment at the hands of the traffickers he managed to escape.

‘One of the main problems I encountered after being forced to flee was the lack of physical protection and lack a safe space for an emotional recovery from the trauma experienced. In addition, financial difficulties made it hard to cover basic needs such as food, water and clothes. The lack of a safe space and inability to cover basic needs leads to inability to pursue one’s dreams, as surviving becomes the priority.’

Hyab was granted a refugee status in Egypt, and with the help of UNHCR, he was able to hide and move around from place to place. He started working as an interpreter and a psychosocial caseworker, while completing a degree in liberal arts and sciences and numerous other short courses.

His life in Egypt, however, was still at risk, as persecution by the authorities and intimidation by human traffickers continued. He was therefore resettled in the UK, where he received an indefinite leave to remain.

Hyab received a bursary grant by PoC which helped him pursue an MA in Migration and Diaspora Studies from SOAS University, graduating with a Distinction.

‘The PoC grant made a huge difference in my life, it was a stepping stone for me to pursue my dreams. It opened for me a gate to quality education in a time of austerity against refugees. Because of the stringent policies against refugees, I found it very difficult to fully exercise my full potential and contribute to society in the best way I can. But with the bursary, I managed to circumvent these unpleasant realities …It’s not only about pursuing your dreams, but the ability to be able to engage in life long ambitions also has healing effects from the trauma that I have experienced before that, so that was one of the things that I value the most, it created a sense of self-worth, a sense of being in a safe space where I can exercise my rights as a dignified human being, so that was one of the things that empowered me the most.’

After completing his degree Hyab started working full time at the Refugee Education Training Advice Service (RETAS) until he moved to Glasgow to pursue a PhD on the plight of Eritrean refugees at the University of Glasgow. He is now in his third year of his PhD and his goal is to work as a researcher and continue his humanitarian work.

‘I feel that there is a big gap between theory and practice and that’s why I started by PhD because I want to bridge practice and theory, work both in the frontline but also write articles and books.’

Our bursary scheme has assisted many prisoners of conscience like Hyab to rebuild their career in exile. Since its inception in 2001, we have awarded 200 bursary grants, with past and current recipients including human rights defenders, doctors, lawyers, environmental activists, writers and academics who come from all over the world. Of those who we are still in touch, 62% are in paid employment, 63% of whom are in employment commensurate with their skills – a success rate which compares favourably to the UK refugee population.

For the academic year 2020/21 we have awarded 8 bursaries at a cost of £30,000. On Tuesday the 17th of November at 6pm we will be celebrating the latest round of our bursary beneficiaries at a special webinar. You can find out more and register here. 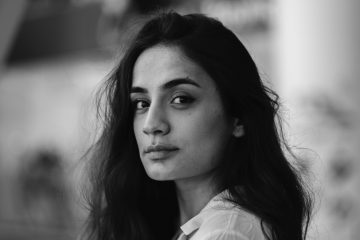