Mswelanto is a PoC beneficiary and human rights defender in Zimbabwe; he writes in his personal capacity.

Despite raising popular hope for a democratic nurturing and development, the post- Mugabe Zimbabwe has replicated the same authoritarian trends and leadership style, perhaps with far greater magnitude on the threats to human rights defenders (prisoners of conscience). In this paper I argue that since 2017 Zimbabwe has witnessed two main approaches employed by the government to further constrict democratic space and criminalize human rights defenders. The first approach has been the brazen use of force by the government through extrajudicial killings, abductions, arbitrary arrests and beatings witnessed on 1 August 2018 which left six (6) civilians dead and the 14-16 January 2019 killings which claimed at least 23 lives. The second approach has been targeted at legalizing repression through attempts to amend the Constitution, enact restrictive legislation which criminalizes free thought and expression.

While the world is grappling with the COVID-19 pandemic, the government of Zimbabwe has used the pandemic to lockdown on rights and annihilate the main opposition. In this paper I will dwell on the second approach which I argue is an attempt at reversing the gains made following the enactment of the current Constitution in 2013. The adoption of the Constitution in 2013 followed years of human rights defenders’ advocacy initiatives for a people driven and democratic constitution.

It is important to get a perspective on the nature of the political architecture in Zimbabwe, the ousting of longtime ruler President Mugabe in November 2017 was a result of a military coup that saw the Zimbabwe African National Union Patriotic Front (ZANU PF) faction aligned to the military assume state control. The world over is awash with both conceptual and empirical evidence that ‘military coups’ threaten the constitutional fabric of a nation and work to undo any democratic gains that may have accrued over years, in essence coups are anti-democracy transitions that are neither desirable nor ideal in societies seeking to entrench democracy, rule of law and the upholding of human rights. Suffice to say that the political establishment in Zimbabwe has sought to reverse democratic gains as witnessed by attempts to amend the Constitution, attempts to put in motion and enact the Patriotic Bill and recently the Enactment of the Cybersecurity and Data Protection Act.

The Patriotic Bill faced opposition both within and outside the House of Assembly yet it has re-emerged in numerous other proposed pieces of legislation that include the Private Voluntary Organizations Bill, the Maintenance of Order and Peace Act and the Cyber Security and Data Protection Act. In essence these pieces of legislation seek to bar prisoners of conscience from informing and engaging non-Zimbabweans (the world) on human rights violations in Zimbabwe and endeavor to silence citizens from engaging with political processes thus denying citizens their civil liberties guaranteed by the Constitution. Below I unpack the draconian or repressive nature of the two pieces of legislation:

On 05 November 2021, the government of Zimbabwe gazetted the PVO Bill which has been on the cards since time immemorial as authorities in Zimbabwe seek to shut down civic space. The bill follows attempts by the Harare Provincial Development Coordinator Tafadzwa Muguti to ban CSOs and NGOs that had failed to comply with his directive that all institutions operating in the Greater Harare province report to his office. The directive was not backed by law and subsequently CSOs won an appeal against his office in September 2021.

The main highlights of the Bill are that if passed into law, it will be illegal for civic movements to operate using any other registration form other than registration as Private Voluntaries, the bill bans CSOs from engaging in political advocacy which may mean that rights violations may go unreported and victims fail to get recourse. The bill also notoriously proposes regulation of finances and administration of PVOs by the Minister of Labour and Social Welfare thus threatening the autonomy of civic space as a watchdog for society and outlaws the accessing of critical funding from outside the country meaning there are valid suspicions and a risk of being branded as ‘terrorist’ entities for institutions and human rights defenders receiving support from agencies and countries that may be deemed to be critical of the Zimbabwe government.

Already the current PVO Act and Board have made it difficult for CSOs to register hence most operate using one of the following registrations;

(1) Trusts – CSOs registered as “Trust” are registered under the Deeds Registry and a granted a Trust Deed which spells out their operational mandate. Most CSOs prefer this form of registration though it can be expensive with registration ranging between USD500.00 to USD2000.00 depending the notary.

(2) Associations – this form of registration simply requires that a group of people craft and adopt their constitution. Again a significant number of CSOs operate as ‘associations.’

(3) Universitas – using common law, a Universitas is given legal existence by the simple fact that ‘the organization exists because it exists.’ A number of organization including the Crisis in Zimbabwe Coalition and the Zimbabwe Doctors for Human Rights operated using this form of registration before they regularized as ‘trusts.’

The constant reference of the term ‘terrorist’ in the Bill is worrying given the fact that in 2019 alone over 19 prisoners of conscience were arraigned before courts facing frivolous charges of ‘attempting to unseat a constitutionally elected government.’ The government of Zimbabwe is notorious for accusing human rights defenders for engaging in treasonable actions and being funded by ‘western’ governments to effect an ‘illegal regime change agenda.’ Given this track record and precedence, it is worrying that the PVO Bill is but a tool that seeks to undermine the rights of association guaranteed in Chapter 4 of the Constitution and represents an attempt at mutilating dissenting voices in Zimbabwe. One can just but imagine how this legislation will be key in shutting down civil society space as the country heads towards the 2023 elections.

The Cybersecurity and Data Protection Act

On December 2021, President Mnangagwa signed into law the Cybersecurity and Data Protection Act. There is concern that the new law will be used to infringe on the rights to communication, access to information and free expression in a secure environment. The fact that the Act fails to qualify what constitute ‘national security’ and public interest means the legislation is prone to abuse in denying citizens and particularly prisoners of conscience the right to communicate both online and offline in a secure environment. Brazenly, the new Act empowers the government to monitor citizen content on social media platforms and prosecute them for circulating messages that may be deemed to be anti-government. Clearly the right to expression is at stake.

In January 2019 the government shut down internet following protests organized by labour against fuel hikes. The government argued that social media was being used to mobilize citizens and that western countries were funding ‘insurgency’ to oust President Mnangagwa from power. To justify the passing into law of the bill, the state-owned newspaper, the Herald ran an article on 08 October 2021 alleging that Zimbabweans were using social media to bolster fake human rights abuses, this clearly show the rationale of the legislation which is to silence citizens from expressing themselves on political and human rights issues.

Zimbabwean human rights defenders continue to be targeted by the state and some have endured time in prisons. There is a worrying trend where the state uses the law (often incorrectly) to subdue citizens, in 2021, Diana Kuveya, the director of the Chitungwiza Residents Trust was arrested for mobilizing citizens and voicing her concerns against the state sanctioned illegal demolitions of vending stalls in the Greater Harare part. She spent 6 Days in prison and spent 5 months attending court sessions over the case which was eventually dropped. On 5 June Tungamirai Madzokere and Last Maengahama were freed from prison after spending 8 years in detention only for the Constitutional Court to rule that the two activists were wrongfully convicted for a murder crime they did not commit. What is sad is that another activist, Rebecca Mafikeni died in prison while serving a sentence for the same offence.

Again in 2021, Makomborero Haruzivishe was arrested and sentenced to an effective 14months jail term for peacefully protesting using a whistle against corruption and illegal abductions of human rights defenders in Zimbabwe. In March 2021 four university students, Falon Dunga, Pritchard Paradzayi, Glow Magaya and Allan Chipoyi, who participated in a peaceful protest organized by the Zimbabwe National Students Union were arrested and charged with participating in a gathering with intent to cause public violence and they spent 2 days in cells before they were put on bail. The same tactics were also employed in arresting 3 young female MDC Alliance leaders, Netsai Marova, Cecilia Chimbiri and Joana Mamombe, this is despite the fact that they were abducted, tortured and raped yet the authorities chose to arrest them on allegations that the three violated lockdown rules by participating in a demonstration. Human rights defenders such as Pride Mkono, Rashid Mahiya and Darlington Madzonga continue to attend court over trumped up charges of ‘attempting to subvert a constitutionally elected government.’

The Recurring Scourge of Political Violence and Impunity

The enactment of these repressive pieces of legislation does not imply that the state and ruling have abandoned the use of violence as a coercive tool to cow citizens into submission and eliminate free thought and agency for a democratic developmental state. In fact, as Zimbabwe urges towards the 2023 elections and with political activity on the rise, the country has already witnessed surging cases of political violence.

On 20 October 2021, the main opposition, Movement for Democratic Change Alliance President Nelson Chamisa’s convoy was blocked by ZANU PF youths and state security details at Troutbeck turn-off in Nyanga, this followed an assassination attempt on 19 October 2020 in Masvingo. Nyasha Zhambe Mawere, an MDC Alliance supporter was attacked by known ZANU PF activist, Baster Mafio, on 19 October 2021 in Gutu, Masvingo and succumbed to the injuries a month later at a hospital in Harare. Despite a police report being, Baster Mafio was neither probed or arrested over the incidence.

By passing these draconian pieces of legislation that curtail rights the government of Zimbabwe has a method in curtailing the enjoyment of human rights in Zimbabwe in the similar way it responded to the January 2019 protests and enacted the Maintenance of Peace and Order Act (MOPA). The Maintenance of Peace and Order Act replaced the Public Order and Security Act (POSA) yet there were no attempts by the government to liberalize and expand on the rights to protest, association and expression. In fact, the new law shrunk the space for the enjoyment and exercise of these rights.

These developments show a trend and a method towards silencing dissent in Zimbabwe as the post-Mugabe leadership moves towards consolidating authoritarian rule and silencing dissent as the country heads for elections in 2023. Suffice to say that the future of human rights work and prisoners of conscience are at stake and will require both local and global support to undo the infractions on civil and political rights in Zimbabwe. 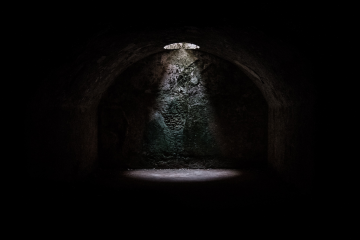 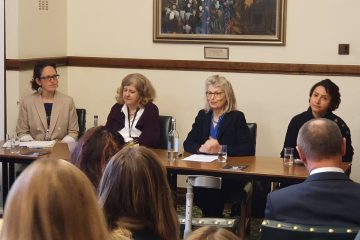 The corporate sector can and should do more to support female human rights defenders, including by fostering new and different relationships with civil society organisations and individuals themselves. 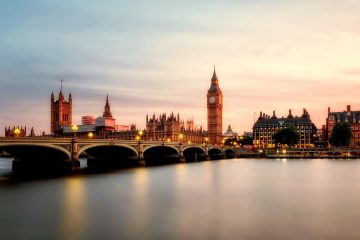 In a world that is becoming increasingly divided, we need the uniting force of human rights more than ever