Shahidul Alam, an award-winning photographer, writer and activist from Bangladesh, was being held indefinitely and without bail after openly criticising the government’s violent handling of student led demonstrations.

On 29 July 2018, two teenagers were killed by a speeding bus, sparking peaceful demonstrations by students calling for better road safety laws. In an interview he gave to the news agency Al Jazeera, Shahidul criticised the government for firing teargas and rubber bullets into the crowds of protestors, resulting in hundreds of injuries. It is for speaking up against the government that Shahidul was taken from his home in Dhaka and accused of making provocative comments and giving false information.

Bangladesh has been widely criticised for restricting freedom of expression, and Shahidul’s position seemingly worsened when he publicly claimed he was tortured during his detention. Despite having no evidence supporting the government’s allegations, on 1 November 2018, the High Court denied bail to Shahidul, and he was only allowed to seek medical treatment after a legal petition was filed.

Shahidul’s imprisonment triggered an outburst from the international community, and on 15 November 2018, the High Court finally granted him permanent bail. He was eventually released from prison on 20 November 2018. However, the charges still stand against him and, if convicted, he faces a minimum of seven years and a maximum of 14 years in prison under section 57 of Bangladesh’s draconian Information and Communication Technology Act.

According to Amnesty International as of April 2018, 1,271 people, many of whom are journalists like Shahidul, have been arrested under this controversial law.

PoC is standing by Shahidul, and thanks to our loyal supporters we were able to provide him with a grant of £400 to help pay his medical bills, buy warm clothing and blankets and enable his family to make the four-hour journey to visit him in prison. 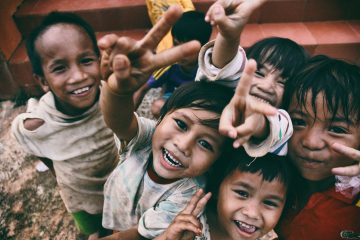 This International Migrants Day, let's come together to share and learn from the experiences of migrants in our community. We share a story from one of our PoC's, Ela*, who fled Turkey in search of a better life in the UK.